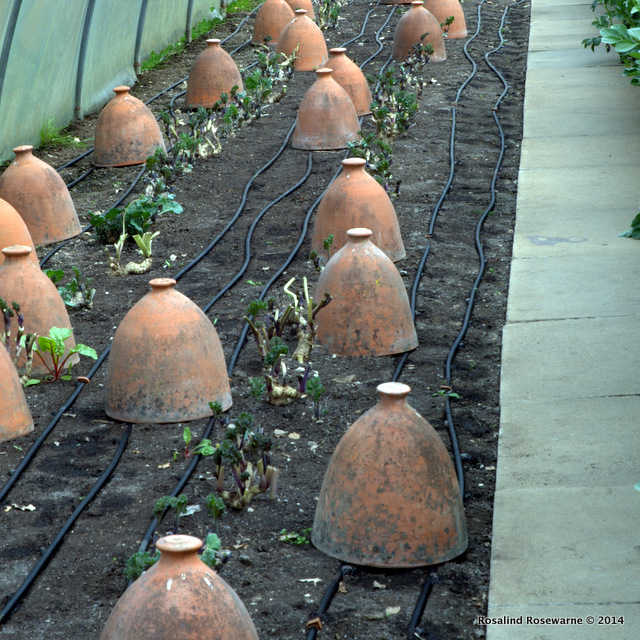 I hope your February was as busy as mine? pruning Wisteria, completing winter prunes on the Apple and Pear family, including quinces there. Chopping back herbaceous perennials that withstood the winter weather. Asters, hardy Fuschia, ornamental grasses, taking a weeping Caryopteris back to the bone, Ceratostigma to the ground, tidying the Helleborus orientalis leaves, I cut mine off to let the flowers shine as they come through. Clearing the die back leaves from Irises, Hemerocallis (mine were flowering into December for some strange reason), Alstromeria and all manner of other perennials.

March it has to be said depends on the weather for if it is fine, like today in the South of England and Spring starts to get a growing head on well its full steam ahead for Spring plantings in the ornamental garden and the seed sowing for the annuals and fruit and veg plots. If you chit your potatoes now is the time to start. I do mine in an old egg box on the kitchen window sill although last year I forgot and they went in without chitting which seemingly made no difference! I should say onions can go in too but I don’t bother with them partly because they hate my soil and almost never turn out well plus the supermarket ones are good and the space can be used for more exotic things. I’ve harvested the last of the brassica, Kale and cabbage was abundant this winter though the curly kale was infested with white fly the entire winter. Very annoying. The stalks are out and waiting to be chopped into the compost.

Prune your repeat flowering roses, by about half, taking out the usual dead diseased and crossing first, sounds brutal but if you follow this up with a good general purpose feed you’ll reap the rewards later in the year. Get in the first good edging of the lawn before the weekly cuts start again. Now is a good time to divide perennials that have become congested, Hosta, Alstromeria, Phlox even bearded Irises though they’ll be unlikely to flower this year if you do.

Don’t forget to cover rhubarb crowns if you plan on forcing any this year. I use a Tub Trug which isn’t a glamorous as these lovelies at Le Manoir but functional nevertheless.

Then there is the mulching for everything,  a good thick layer (10cm) of compost or green waste before the spring rise of bulb leaf, when mulching becomes an exhausting and delicate task as one tries to not squash newly emerging plants.