Wandering along the local riverbank at the crack of a sparrows the other morning I noticed, how could I fail to!, the deep blankets of, well, of blanket weed coating the weir  and the catchment pond below.

Blanket Weed, or Spirogyra adnate to give it it’s official title,  is one of the most prolific aquatic weeds in the U.K. The Americans call it Long String Algae (hence the need for a common latin version so we all know if we’re talking about the same thing!), and long string it is indeed, though blanketing is the end effect (US/UK diplomatics, we’re both right 🙂 ). It is not a plant but a filamentous algae.

What makes it so prevalent this year? well it thrives in good light – we’ve have had plenty of that since March this year; warmth – plenty of that too; shallow and running water also appeal, so ponds and weirs are a perfect spawning ground. In addition to all this photosynthetic growth there is the potential for extra growth with the addition of plenty of nitrogen – so dead leaves, fish poo (a particular favorite, nitrates dissolved in ammonia !!), agricultural or residential run off. 2011 is a good year if your  a Spirogya algae.

Spirogya adnate is one of those things that doesn’t know when to quit, it is a super predator that has a very rapid uptake of minerals and nutrients from it’s environment, which can be useful to a point, but then it gets cocky and takes the joint over, starving other plants, blocking light and potentially killing off fish (due to light/nutrient/space deprivation rather than Triffid like behaviour) it becomes a menace. The bad news is it propagates itself by spreading spores and when yanking blanket weed out of a pond or pool or weir guess what is most often released? you got it, spores galore.

Enlisting chemical warfare IS still allowed in the UK though banned in the USA, which kind of tells you something about the results of using them if the USA have banned them! There are several ecological treatments which introduce competitors into the watery locale, some eat blanket weed for supper, go Zooplankton, some compete for the same nutrients, go marginals (e.g. Caltha palustris, Butomus umbellatus) and reeds (e.g. Typha minima, Phragmites australis). 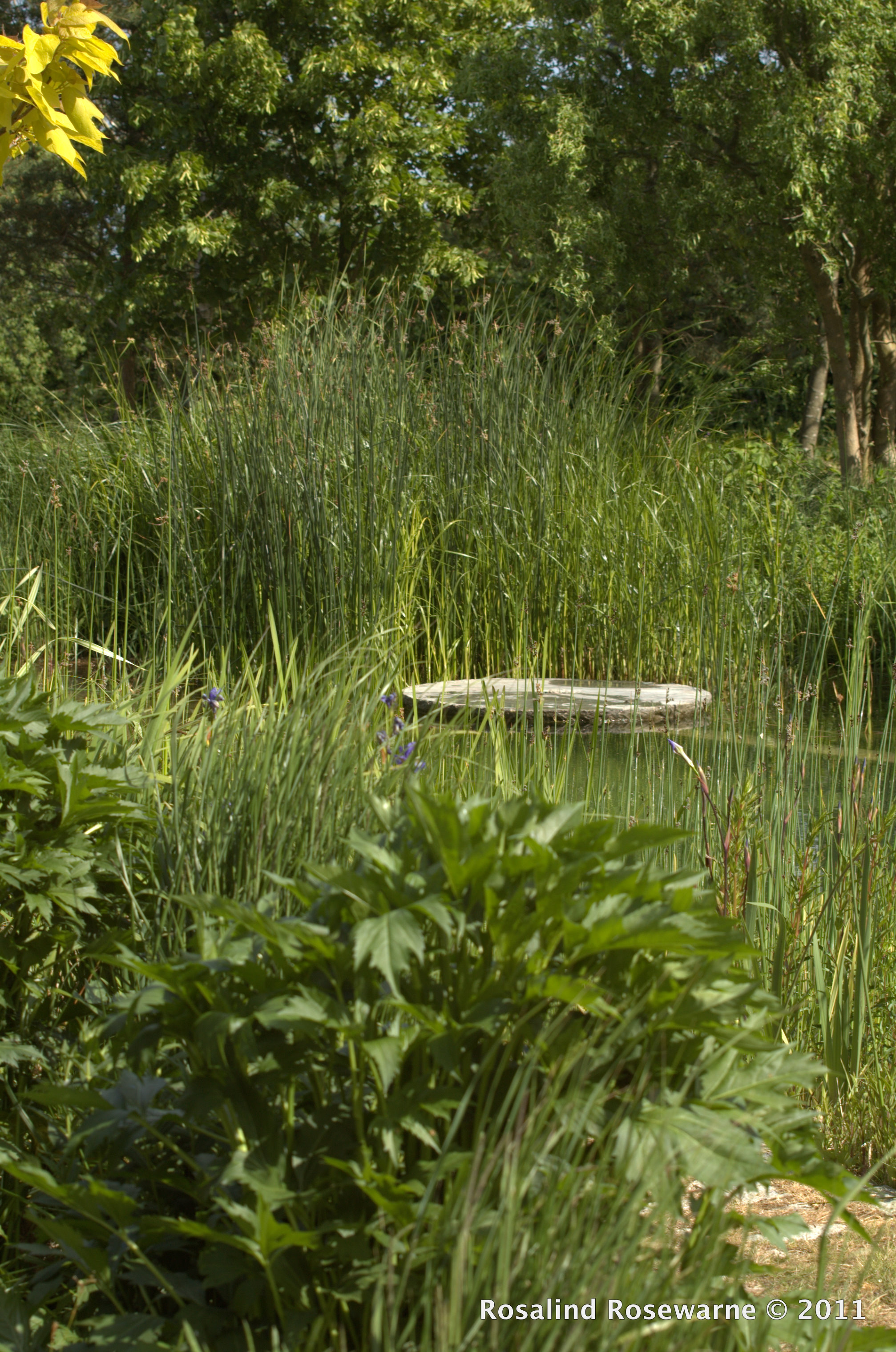 But in the end it is not going away as spores can live dormant for many years and spark into action one fine season (2011?!)  and they can be transported into your ‘clean’ pond on the feet or beak or posterior of visiting wildlife.

Personally I’m an ecological voter on this front. Helping the balance of nature, and regular bouts of watery weeding seem like a good strategy!