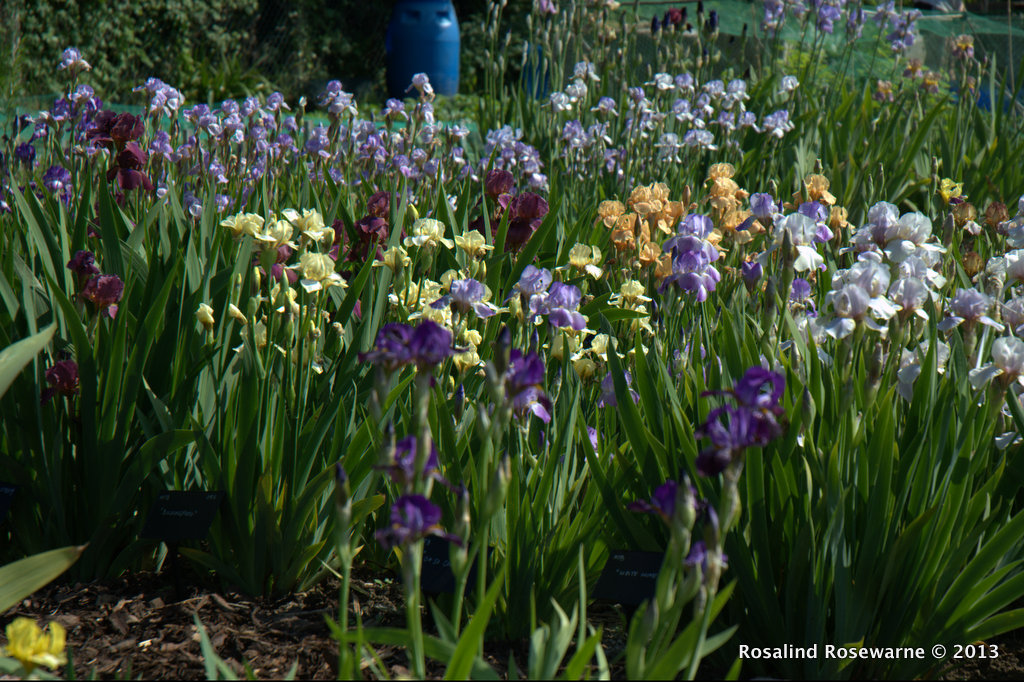 Plant of the month in May will always be an Iris for me, closely followed I will admit by a Peony. The only way to describe it is that I got into Irises by accident which you can read about in more depth here But once in it’s very hard to let them go. The more you have the more you want or perhaps that is just me?

Being a collector I have been lucky to meet lots of specialists in the Iris business but it’s also a joy to share a passion with those new to the genus. I spent a day on the RHS Chelsea stand of Cayeux last year, and will being doing so again this year, sharing the joy and to be honest the down right passion I have for them. I’m a bearded iris fan and have a large selection at home but I am getting into beardless, reticulata and even some other rare species via growing seed from the BIS seed scheme.  It is hard to chose a favorite, so I don’t, well not much.

I heard tell you can have an Iris flowering in every month of the year, which may well be true but may also be a tad optimistic. In the UK they usual start with I.reticulata in February, about the time of the BIS Early Spring show at Richmond Park each year.  Tiny little bulbs push up strappy leaves and then richly coloured flowers that seem so delicate for this often freezing time of year. Jewel colours of purple and pale lilacs sit well beside delicate species Crocus and ferny Anemone nemorosa. I keep I.George and I. Harmony as well as the old favourite I.Katherine Hodgkin, there could certainly be space for more

For me the follow on is in April with the start of the bearded season. Standard Dwarf and Miniature Dwarf bearded kick it off followed by Intermediates and then in a fast flurry the Border bearded, Miniature Tall Bearded light up May and slope on into Tall Bearded in late May early June. If that isn’t enough the Ensata, Siberians and other beardless start around the same time in late May /early June taking the seasons of Iris well on into the year.

There are thought to be about x species but there are literally thousands of cultivars some more distinct than others. Favourites such as Jane Phillips bore me, which is harsh because it is a lovely Iris but you simply see it EVERYWHERE and given how many other super options there are it’s rather a shame that it is all you see. I.Perry’s Blue is much the same and adorns many a Chelsea show garden year in year out along with I.Kent Pride. I am one for a ‘doer’ along with the next garden designer but given such choice it’s like choosing to season you food only with salt and pepper and never using any other spice in the box!

Growing them couldn’t be simpler, they are, on the whole, robust toughies that laugh in the face of challenging conditions. For bearded their nexus is wet feet in winter. Mine grow in a clay loam that is wet  wet wet in winter but that’s countered by full baking sun all day on the rhizomes when the sun is out. They have thrived. I’ve lost the odd prissy one but really the very ODD one. Ensata and Siberian don’t mind a bit of damp as long as they don’t sit in it for too long, plus some boughts of sun tucked in. I.pseudacorus, our native Flag Iris grows happily in the margins, so wet ‘feet’ all the time is fine for them though they will grow out of water too.

This year pick an Iris to brighten up your May.