The Process of Division

As we got towards the end of dividing nearly 700 plants there was quite a rhythm to the process and it became much faster. I wonder if the big Iris nurseries do this task by hand or if there is some machine that lifts the iris for them?. If is it by hand then my hats off to them for it is hard work and we only had small clumps of 60 varieties to work on!
Stage one is digging up the congested rhizome, this was one rhizome that’s been in for 2 years. Tough growing conditions, drought and wind, so it has done well. The dead and diseased is removed first, that’s leaves and rhizome,  then the soil to the roots knocked off as carefully as possible though by the end of a week of this you realise the roots are pretty robust and can take a fair old knock! As the ‘solid knocking’ happens the individual ‘new’ rhizomes emerge, growing into and onto of each other they can be quite the jigsaw to separate but it is satisfying to feel them ‘tear’ apart and the roots disentangle and the new rhizome is parted from the old. It helps that our soil is dry as dust at the moment!
Once divided the tidying continues, leaves are cut back to 3-6 inches and in a ‘V’ shape to allow water run off. The reduction of leaves reduces stress on the new plants root system while it establishes. Not everyone cuts the in a ‘V’ but mostly Iris nursery people seem to, so I am following that much more experienced crowd.
Though some of the rhizomes are a little woody some are producing nodules of new growth at a rate of knots. Oh So Cool had very little top growth but about 4-7 nodes on each new root, a slow starter perhaps but a bumper crop next year?
We keep records, increasingly, records of everything. I have turned into a nerd almost without noticing. It is required to some degree – Plant Heritage like lots of info on plants behaviour. But it is also the curiosity of which grows best?, what sort of rhizome it makes?, is it more or less like it’s parent? how many are we likely to get in coming years?  And the more you work with them, take care of them, the more interested you become in how they grow. This year we numbered all the rhizomes. One or two got ‘lost’ last year and you have to wait for them, not only to flower but then there is the issue of identifying it if it’s one of the similar varieties – I know there are very specific differences in each variety but trust me when I say, not every root produces a truly DIFFERENT plant, sometimes it’s not so obvious!
PH require plant variety to be numbered, the source indicated and the year of acquisition stated. We also keep records of quantities and yield and who we have sold to (I told you, nerd) and of course details of the plant behaviour, growth, vigour, flowering dates, length of flowering, no. of flowers (you see, nerdy bordering on OCD), root vigour and volume, growing conditions….I will stop now as it’s clear I am a bit obsessed!
Suffice to say gathering intel on the varieties gives me pleasure and it’s useful to know which can handle really tough conditions an which turn up their toes in disgust.

Each row is labelled and each plant numbered. This year we’re trialling rows or 4-5 rhizomes instead of circular groups of 3. We are also noticing how 1 rhizome, when it has space to spread is MUCH more prolific than a few close together. Can it be as simple as the single has less competition for food, water and nutrients? 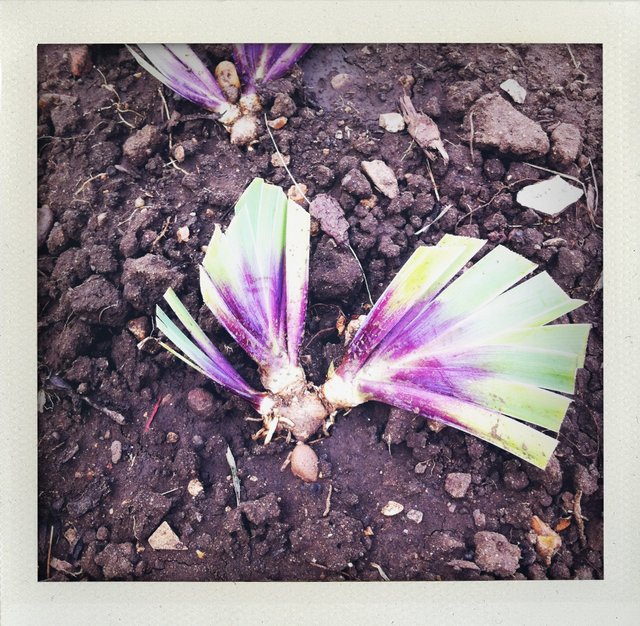 The soil minerals seem to have affected some of our rhizomes. Having thought this  a variety (Poker Chips) ‘feature’, upon digging out others it’s clear that all the rhizomes in the area are purpley red to some degree and none of the others are remotely coloured. Wonder what the mineral is? 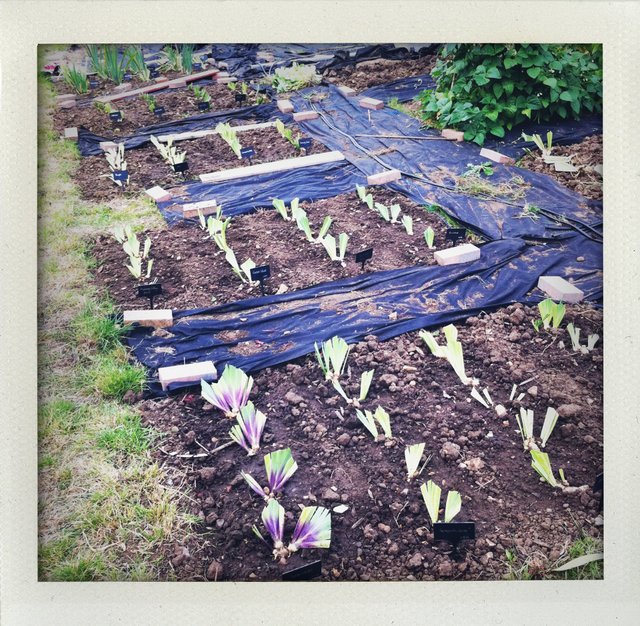 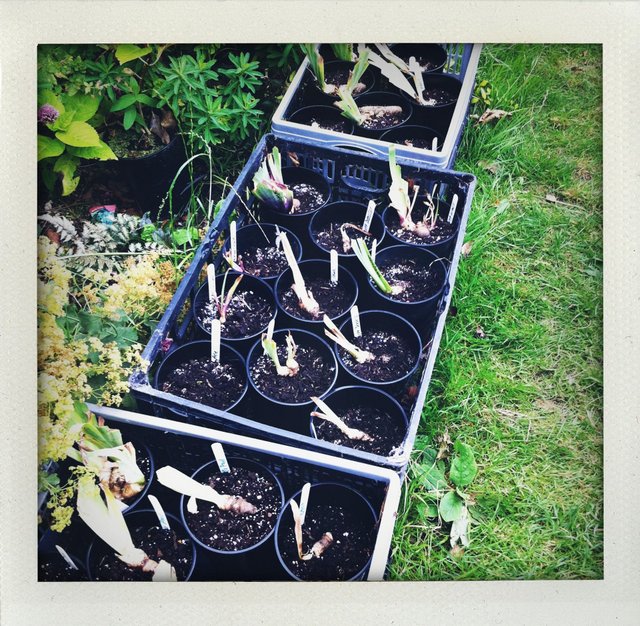