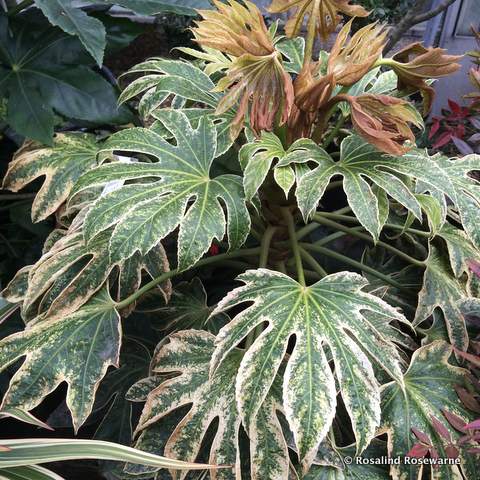 I’m working on a planting scheme at the moment, for a client who loves the tropical. It’s a bit of a departure from the norm but that is what is so exciting about this job, you never quite know where you’re going with each client.

So as tropical planting is fairly new to me I decided to do some research which involves visiting plant nurseries, talking to seasoned tropical gardeners and experts followed by reading up on the subject. Already there seems to be quite a bit of conflicting advice. 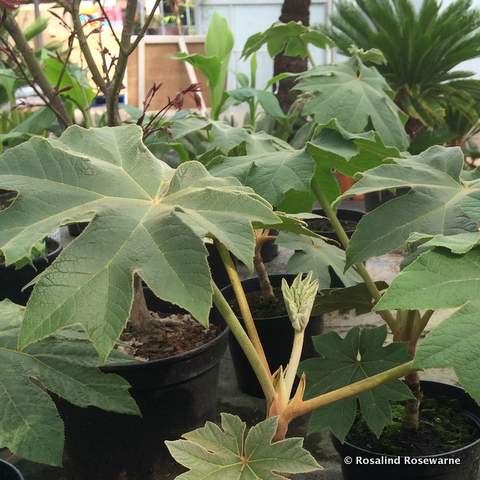 Tetrapanax papifer for example according to one source is hardy to -12 according to another only -5, which is a bit of a difference here in the sometimes chilly East of the UK, more research required! 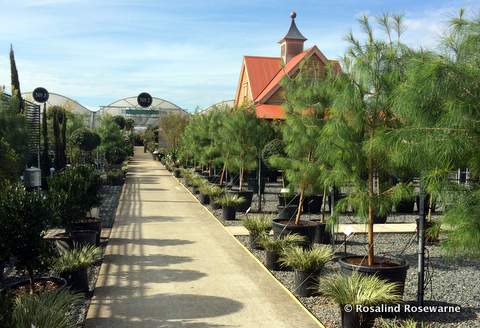 My trip to Architectural Plants was well worth the 4 hour drive, with rows and rows of specimens outside and several huge tunnels full of half hardy and tender plants. In the tunnels were some enormous specimen plants which would give an instant impact but also help give an idea of how big some of these lovelies can grow. 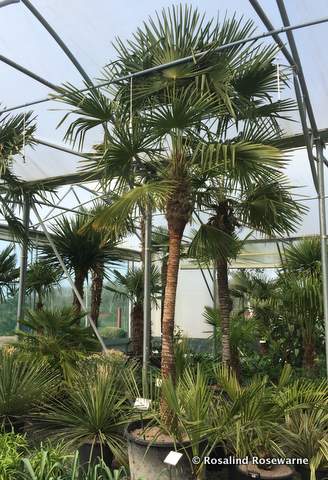 Surprisingly, to me at least, there are quite a few tropical plants that will bear out temperate climate, Trachycarpus  fortunei (Chusan palm), Yucca of many kinds, Phormiums and Cordylines then there are ‘lookslike’ LUSH brigade, Hosta, Ferns, Kniphofia, Euphorbia, Magnolia, Fatsia, Passiflora, Hybiscus and so on. 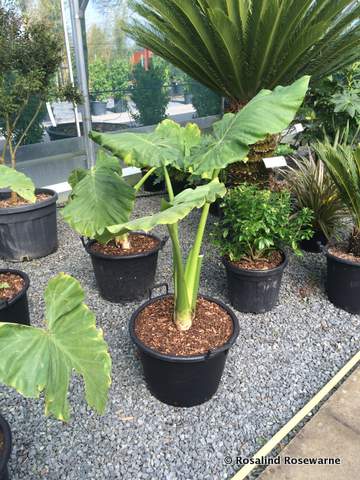 I was very taken with an enormous Alocasia but one cold blast even on a sunny day and the nursery man said it would perish. Sigh.