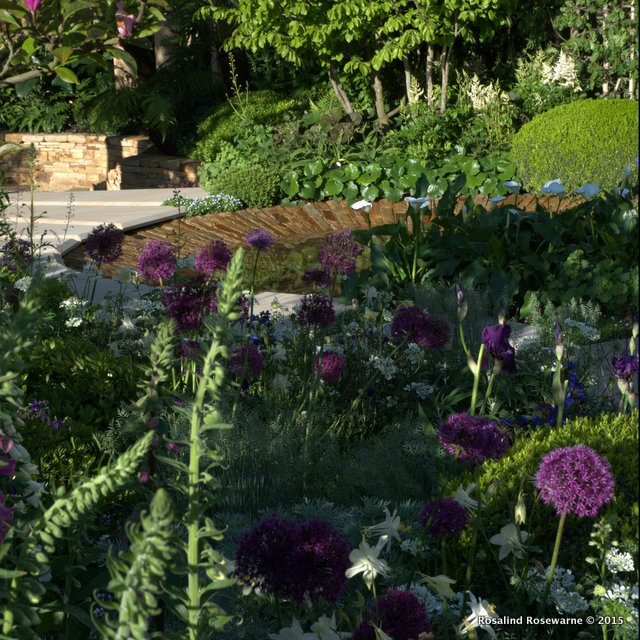 A great spectacle as ever from the RHS and the BBC. Chelsea flower show seems to be being taken over by the media and their coverage, gardens are no longer for the paying public but more for the camera and of the course the VIP and celebrity who now frequent the show throughout the week.

I went with a horti friend on Wednesday afternoon. I was as ever resenting the huge sum for a whole day to be squashed and squidged and by the time I ordered, the whole day tickets were gone. So an afternoon it was. Quite a feat for me as usually it takes me the entire 8-8 to trawl the whole show, see everything as well as talking to as many planty folk as possible.

We spent half the time in the Great Pavilion and half ‘craning and gawping’ at gardens. You can’t really get a sense of the garden as a punter, you have to stand outside and pretend you understand it. These gardens have become, more and more, set pieces for telly. Garden rooms, moving sheds, rustic huts, writers retreats that cannot be viewed inside, planting scapes that cannot be seen from the angle they are designed to be seen from, namely the writers retreat, moving shed and so on. The judges of course enter the garden and look closely at the detail enjoying all the space has to offer so how can we, the paying public, ever hope to comprehend how they have arrived at their medal awards? We can’t.

Of course it’s still a festival of gardening and showmanship and a feat of horticultural prowess both inside and outside the Pavilion. I was as mesmerised as everyone by the plants, planting and some wonderful sculptural pieces.

Suggestions of shady spots in warmer climes, though the sun did come out for us it was COLD.

Textured plants from much hotter climes to engage the senses and evoke a world away.

I couldn’t help but love The Laurent Perrier garden. Some called it a landscape not a garden but it was entirely a garden to me, one to aspire to and emulate. A well deserved best in show and perhaps a turn in the tide of garden design? 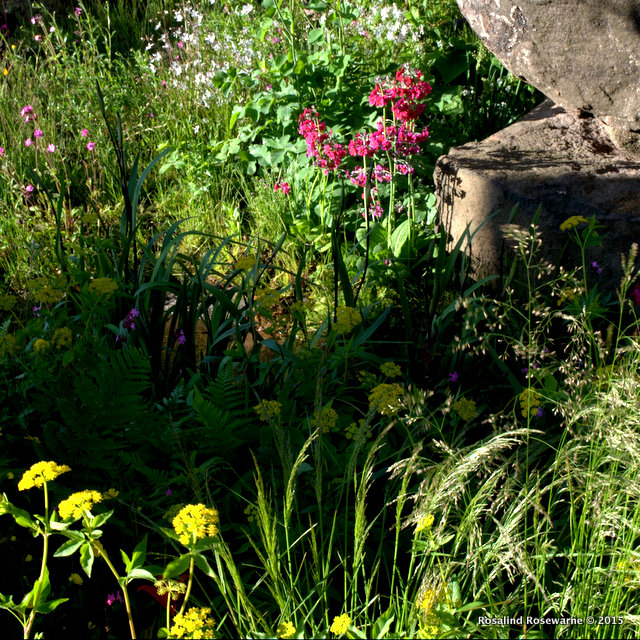