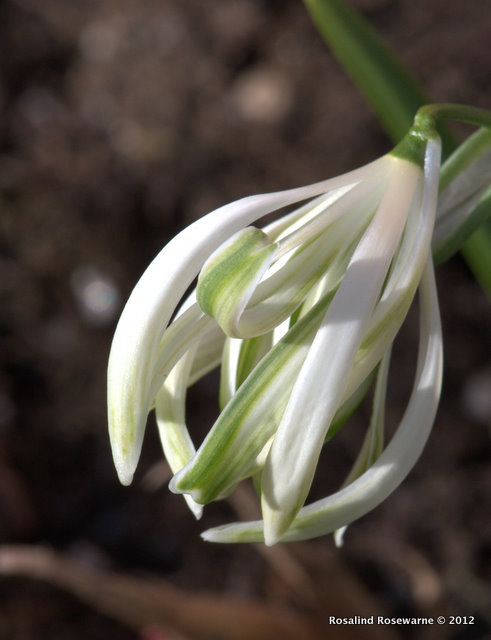 December or is it really January when we expect to see those tiny white nodding heads lighting up the garden and heralding Spring, well at least the start of something moving underground. This year, 2016, it’s been a bitter December, admittedly with some highs but mostly frozen with a cold wind blasting through. My tiny crowds of Snowdrops are bracing themselves, foliage up but flowers not so much. I saw some in London before Christmas but nothing up North as yet.

Snowdrops you might think are relatively common or garden but there you would be wrong. It is such a specialist plant and even though there are but 20 species there are hundreds if not thousands of cultivars that there is even a name for those who avidly collect the different varieties. Galanthophiles. There is even a website dedicated to them http://www.galanthus.co.uk/

Galanthus are native to Europe and the middle east though as they have been about delighting us humans since the 4th Century BC they have spread far and wide along with our admiration. Or should that be adoration?

In general they especially love woodland locations though they grow in a variety of aspects and soils. In fact they can tolerate both acid and alkaline soils and obviously all in between.

Keep an eye out for Snowdrop events in your area, some of my favorites are listed here WHERE TO SEE SNOWDROPS