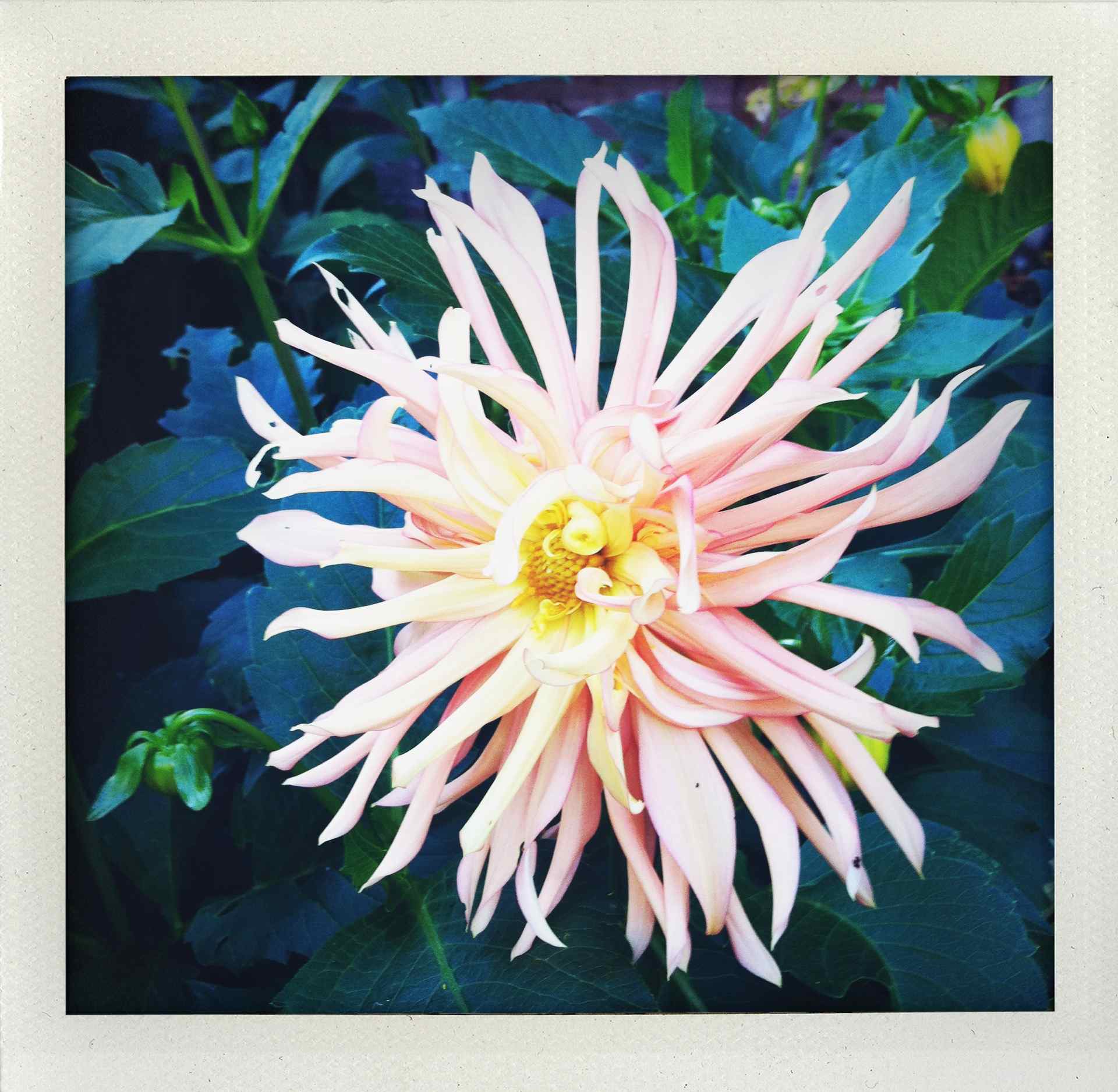 August, well almost September is the time of Dahlia’s big and blousey through to pom pom and petite.  They are making a come back into gardens and editorials but really for some have never been out of favour. The late summer blaze of colour and exuberance is completely captivating and the more you deadhead the more they produce.

I’ve been growing them on and off for years but as a risk taking (or lazy!)  gardener have lost a good many to exposure and the dreaded Wet that turns them to mush if left in claggy ground through the cold months.

Dahlia genus derive from mostly Mexico (Dahlia is their national flower) and Southern America which makes it no surprise that grim wet weather of the UK makes them turn up their toes in disgust. There are 42 species of Dahlia, that’s a lot of Dahlia options before you even think of the cultivated versions of each.

Lately I have been more conscientious, not lifting but padding protective blankets of straw on top throughout  winter and planting in well prepared, well drain planting pits in the first place (a couple of handfuls of grit worked through the soil immediately below the tuber).

I’ve grown Spider and The Bishops from mixed seed, this years batch of mixed Pom Pom failed spectacularly but that was more due to sporadic care than anything else. I love this way of growing them as it allows me to pick out the colours and forms I like and give away or compost the rest. I’m left with a swathe of vigorous plants for cutting and admiring and all for a very small upfront cost.  Of course one is left with unnamed varieties but it is a small price to pay.

This year I bought a few tubers from the luscious range at Sarah Raven. Rip City, Jescot Julie and  Happy Halloween. Lets say they are finding their feet on the wind blasted plot, next year they will be bolder!